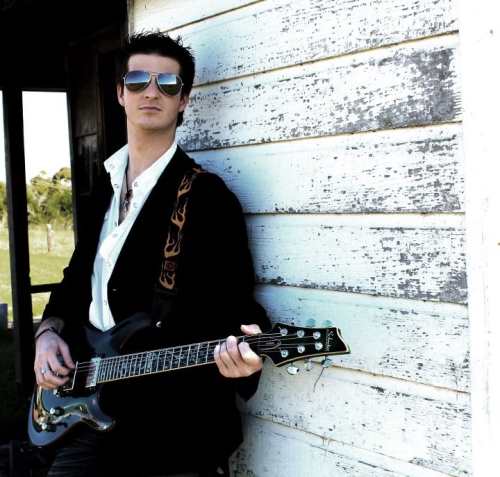 More often than not, the first HUGE obstacle that most beginner students arrive at is being able to change chords fluently. For many novice players the frustration of learning to change chords is so big that often success or failure here decides whether or not they will continue learning guitar or give it up altogether.  It’s no surprise really, as changing chords takes a whole load of finger strength, coordination, muscle memory and concentration to be able to move 2-4 fingers from one place to another while pressing down those strings.

In this article, you`ll find a simple and systematic way to master this area of guitar in quick time. Follow these steps and you`ll save hours and possibly months of frustration.

It definitely helps to have decent gear setup correctly. A good guitar with a suitable action and strings that are not too heavy (check out my previous post if you want to win a top quality set of strings) will make a difference. A high action is very off-putting for beginners, so I recommend getting this sorted ASAP if your guitar has this problem.

Once you’re able to change chords effectively and quickly from the most basic chords (often referred to as the CAGED chords) you will literally open the door to being able to play a huge amount of songs. Armed with a few simple chords and a capo, many guitarists have gone on to achieve great things.

All the way from Bob Dylan, The Beatles, more recently Ed Sheeran, and many more in between have based the majority of their songs and careers around the simple chords and capo combination.

No matter what your aspirations are on guitar, whether it`s to play like Metallica, Foo Fighters, Led Zeppelin or Radiohead, a great place to start is by learning the essentials and one of those essentials is the ability to change chords fluently.

All these artists use basic chords in their songs at some point.

When learning anything new, it’s definitely best to break it down into chunks. Trying complicated strumming techniques, and learning to change chords at the same time is not a good idea. There is far too much to focus on. So, for this lesson, we will focus on only the left hand changing chords fluently and in a future lesson we will focus purely on right hand rhythm technique.

Once you have both techniques down, it will be simple to put them together, and you`ll be well on your way to mastering guitar.

It’s really not that hard once a methodical system is used.

Each step gets progressively harder, so go through the steps in order of 1 to 5, moving onto the next step once you have mastered the previous step.

When practicing chords changes limit yourself to practicing the change with just two chords at first even if you know plenty more. Learning how to change between two simple chords is much better and far more useful than knowing 30 different, complex chords but not being able to change between them. Once you have mastered changing from the first two chords you have chosen, add in another, then another, and so on.

I remember when I started learning I felt like banging my head against a brick wall trying to make the chord changes in the Red Hot Chilli Peppers song `Californication`. I pretty much had to pick up the fingers in my left hand and move them to the correct spot using my right hand!

Absolutely EVERY guitarist has to get past this point, so don`t give up, try these tips and you`ll be well on your way in no time!

The first chords change I recommend and teach people is the change from Emin to Gmaj. See below. It`s simple, and this chord change is commonly used in a LOT of songs. You also get to keep you first finger in the same place which makes it easier too. We will go through all the techniques using this example.

Note: There are often multiple ways to play different chords, and this version of Em is probably not the most commonly used, but when changing to a G chord, it is simpler to play it like this, especially when starting out.

Mastering chord changes is all about muscle memory. When learning a new chord change, the first and simplest way to get your fingers used to moving to the right spot is by using what is called the `Pivot` method. One finger will move first and then one by one the other fingers will pivot around that finger into the correct spot. Usually you will move the finger moving to lowest string first and then the other finger(s) move one at a time around that.

For example, in our Emin to Gmaj chord change the:

Most chord changes start on a down strum, so moving the relevant finger to the lowest string first makes sense as it gives you that fraction of extra time to play the chord. The reason why this is such a good method is that it makes it much easier to get all the fingers in the correct position without being confused and allows you to build up the all important muscle memory required to change chords effectively.

Eventually, you will find your 2nd, 3rd and 4th  fingers will be moving as fast as your first finger and the chord change will be fluent and clear.

Form the shape of the chord, strum it once, and then take your fingers off the fretboard, while keeping the chord shape as exact as possible. Then place the fingers back on the fretboard. Do this ten times. It`s simple, yet very effective, and again helps with the muscle memory needed to change know the chord inside out. Try this with both of our chords in the example – Emin and Gmaj.

Form the chord shape and play it once, just to make sure you are playing it cleanly. Then mute the strings with your right hand (simply place your hand over strings where you would normally strum) and keep changing chords. Over and over keep changing back and forth between the chords.

It`s called the `Blast` method as you aren’t spending time practicing your strumming while getting the chord changes down, you are simply focusing on your left hand. (We won`t neglect strumming, there will be lessons on that later, as it`s essential).

This is a great exercise to do when you’re watching TV or have people round as you are not strumming or making any `noise` while your long lost uncle is catching up with the family after 20 years of being on a desert island (or something like that). It`s a great discreet method. I used to use it back in the day when I started out. My family would often watch awful soap operas, so I would just get the guitar out, and master those changes!

Once you have all the fingers in your left moving back and forth to the correct place, try adding a simple strum to make sure you are playing the chords cleanly.

The next step is to be able to strum a chord for one whole bar and change the chord at the beginning of a new bar. This is what we are doing here. Just play one down stroke of your chosen chord, count a full bar of 1,2,3,4 and change chord on the next 1. For example, if you`re changing from Emin to Gmaj, it will look like:

It`s called the `Diamond` method as on sheet music one strum per bar is often notated as a diamond. This is the penultimate step before you are able to play chord changing fluently in the context of a song. Once you have mastered this, you`ll be able to focus more on your strumming patterns which we will go into detail with in a later post.

It takes at least a few hundred attempts to be able to fluently change between two chords, and can be very frustrating trying to learn. Use these methods here whenever you are learning new chord changes and you will rapidly decrease the time it takes to get from A to B. Remember, the more you practice the changes the faster you will master them.

Don’t give up and remember to have fun!